Mumbai actress Kangana Ranaut She is often in the headlines for her statement. Kangana, who is active on social media, can be seen from the country and her views on foreign issues. Due to which she comes under the target of trolls many times. However, Kangana does not mind the trolls (Kangana Ranaut Troll) and she proves it often from her post. Now Kangana Ranaut is seen making people aware. recently Kangana Ranaut Has posted a video. Kangana Ranaut while sharing the video said that due to corona virus, many people are feeling negative, but this is not the time to be negative, but to be positive by getting a vaccine. Kangana has also told the benefits of getting the vaccine and said that she will get her staff and family members vaccinated as soon as possible.

However, in the same video, Kangana made some hasty things due to which people are trolling her. In this video, Kangana described India as the most populous country in the world. In addition, he administered the vaccine and blamed the population for the outbreak of the corona. At the same time, some users are also asking Kangna that when the population is the reason, why did they not share the video to stop the Kumbh Mela and political rallies. 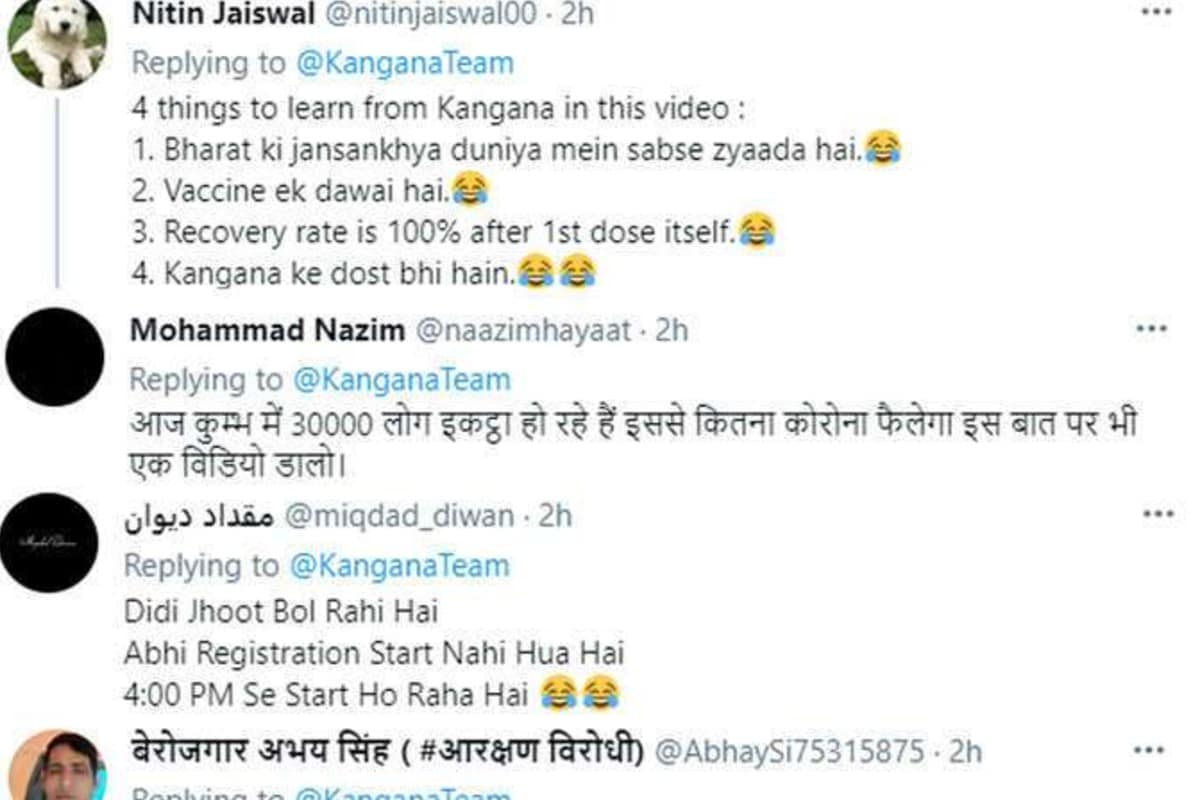 Earlier, Kangana Ranaut was trolled for lobbying the government in the matter of oxygen. In front of the angry public, Kangana’s government was overshadowed by the government’s advocacy. Kangana had tweeted, ‘If it makes sense then know the facts. It is not easy to manage a large population, uneducated, poor and very complex country. Everyone is trying to give their best. The loss cannot be compensated, but we should be thankful, those who are always present for you. Don’t make him your punching bag.