Skip to content
You are here
Home » Entertainment » Prohibiting shooting in Maharashtra upset producers of film and TV shows, searching for alternatives 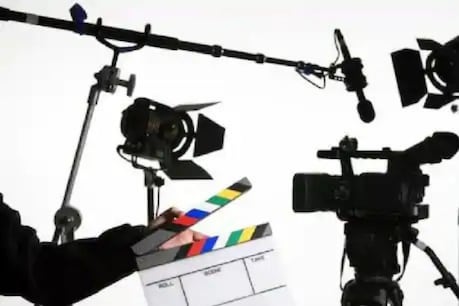 Maharashtra government has increased the restrictions and announced that to prevent the spread of infection, all kinds of shootings will be banned. (File Photo)

Increasing the restrictions, the state government has announced that to prevent the spread of infection, all types of shootings will be banned. After this, the fears of lockdown also increased and there was a situation of uncertainty about the future of films and serials.

Mumbai. Amidst the continuous increase in cases of corona virus infection in Maharashtra and restrictions imposed by the state government, film and TV producers are looking for other locations outside the state to complete their stalled projects and finish shooting. Last year, due to the epidemic, work was stopped in the entertainment world of Mumbai. As the industry employing millions of people started gaining momentum again and set the release dates for the films, the outbreak of the second wave of epidemic started. Increasing the restrictions, the state government had announced that to prevent the spread of infection, all types of shootings would be banned. After this, the fears of lockdown also increased and there was a situation of uncertainty about the future of films and serials. In the event of this crisis, the livelihood of thousands of daily workers dependent on the film and television industry has also been threatened. In the queue of some such pending projects, producer Bhushan Kumar also has ‘Ek Villain Returns’. The shooting of this film is now being done in Goa, but according to Kumar, no decision has been taken yet about the rest of his films. Kumar told ‘PTI-Bhasha’, ‘The sudden increase in the cases of Kovid-19 is really worrying. We are following the decision not to shoot in Mumbai. To complete the shooting on time, we have found a place in Goa for ‘Ek Villain Returns’. Shooting has started and we are following the protocol set by the government. We will also take a decision on other films soon. Due to Coronavirus, there is an atmosphere of tension everywhere, but in the meantime, many Bollywood celebrities are going on vacation. One by one, many stars are going abroad for holiday and are sharing their pictures on social media. In such a situation, actress Shruti Haasan has expressed displeasure over the stars going on such a vacation. Along with this, he has also given advice to the stars regarding the rising corona cases.